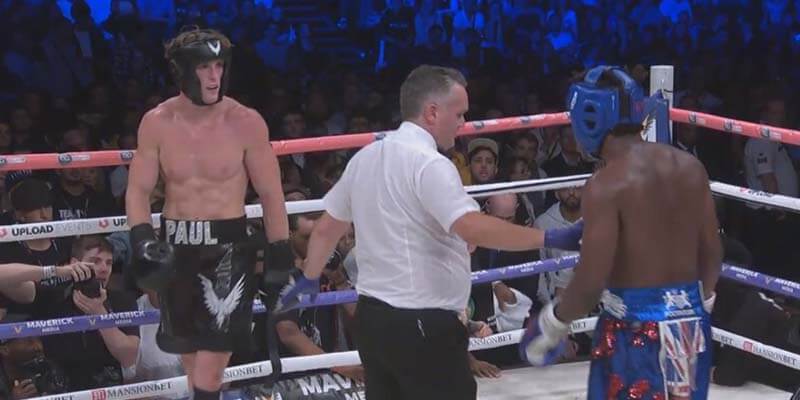 The nearly sold-out Manchester Arena beckoned to fans local and overseas. People were flying in to watch months of trash talk culminate into physical confrontation. Who said that any issue can be talked out? Well, KSI and Logan Paul had tried for months. And the upshot is that they ended up in the ring, watched by 830,000 people online and nearly 20,000 people who had come in person.

If you are not quite up to the facts, let’s jog your memory. A while back two YouTube stars, to name KSI and Logan Paul, decided to start poking fun at each other. As the jokes turned into insults, family members got involved. Quite literally, in fact. KSI and Logan Paul’s face off was followed by that of Deji and Jake Paul, brothers of the former and for a short while, there have been rumors that even their fathers would fight to defend their families’ honor.
The events leading up to the matches were not always pleasant either. Logan Paul’s father was spat on and hit by an irate fan following a press conference in London. Things had apparently got well out of hand.
The day of the actual fight saw the pair walk into the ring and it was fairly eventful. First, hosts applied a policy banning the attendees from using any sort of cameras or recording devices. They feared that users would stream directly on YouTube (which of course they would!) and undermine the paid stream. Enforcing the rule took some effort but ultimately succeeded with the help of YouTube themselves who warned fans that any illegitimate streams will be taken right down.
As Logan Paul and KSI fought hard, the match eventually came to an unexpected end. The pair agreed to draw and re-schedule their game. It wasn’t exactly disappointing for fans and perhaps many were relieved to know that they won’t see their hero tumble down. The highlight, then, had to come from somewhere else.

Deji and Jake Paul were also slated to fight and they did, although here there were no draws here. Jake Paul set the pace of the game assaulting Deji who seemed to be visibly either not interested or just still undergoing this initial shock people who are not aggressive or fighters by nature have when they face off an opponent such as Jake Paul.
Later, Jake Paul elaborated that he had felt the need to teach Deji a lesson for the things he had said about his family. Still, Jake’s victory over Deji didn’t go with Paul gloating over the defeated opponent. He admitted that Deji had fought hard.
Looking at the fallout, one thing has become painfully obvious – YouTube celebrities will always find ways to bank on their fame one way or another. YouTube is just a stepping-stone for further exploits. The 830,000 online viewers who tuned in and paid $10 to watch also contributed a tidy sum to reward the efforts of the YouTubers turned-fighters.