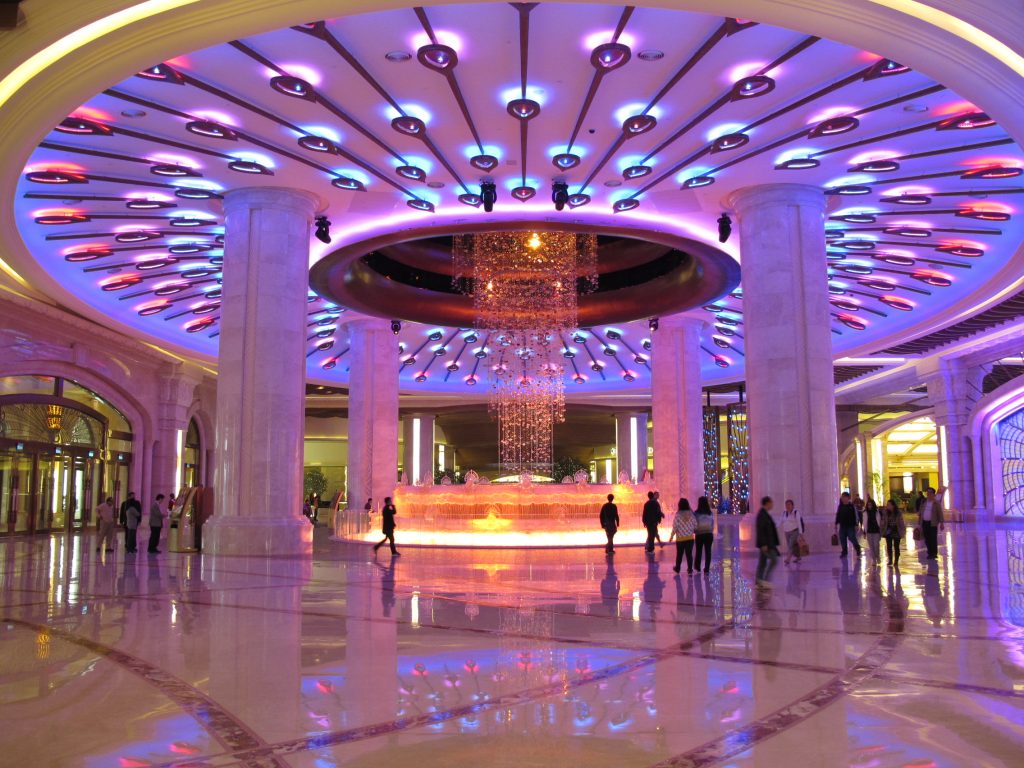 Macau has often been cited as the Mecca of casinos. With this in mind, Galaxy Entertainment Group Ltd.’s announcement, focusing on their first quarter 2018 results, did not come as much of a surprise. The group managed to notch up a 32{44b09f69e02b4a9880bf6e3f987d2afd285263f93639dabf176d3ae6ad2c79c6} year-on-year increase, data released on Thursday revealed. The hard figures translate into a much more respectable sum, with Galaxy generating a total worth of $2.36 billion for the quarter.

A Quarter Full of Profit

It was a most profitable quarter. According to the press release cited by multiple media outlets, the group’s earnings adjusted for EBITDA, or pre-tax revenues, hit the respectable $547 million. Conversely, EBITDA adjusted for the quarter-on-quarter evolution of the group’s operations was far more modest, with only 4{44b09f69e02b4a9880bf6e3f987d2afd285263f93639dabf176d3ae6ad2c79c6}, which the firm chalked up to a few bad turns of events.
In the midst of these mixed missives, Galaxy founder and chairman Lui Chee Wo remained upbeat, explaining that 2018 has started well for the whole company, performing at an all-time high. He also didn’t miss a chance to point out that there have been nine consecutive upticks in Macau in the recent past.
Perhaps the biggest monetary jab stemmed from the VIP revenue, increasing by 44{44b09f69e02b4a9880bf6e3f987d2afd285263f93639dabf176d3ae6ad2c79c6}, which has been one of the most significant streams of revenue in the recent past. Despite the satisfactory performance of this exclusive segment, the mass market will need to continue developing if the region wants to maintain its stellar record of gambling revenues.
In simple terms, mass market revenue tends to be a more steady flow of income and operators are largely plumping for it. With China dithering over gambling regulation, however, it is understandable why unexpected metrics in the balance sheet are feared by established gambling companies. However, the recent ban on poker did little to influence Macau’s vibrant industry.
A further breakdown of the numbers showed that Galaxy generated $2.19 billion from gaming revenues alone in the first quarter. Mass table games commanded a respectable increase of 17{44b09f69e02b4a9880bf6e3f987d2afd285263f93639dabf176d3ae6ad2c79c6}.

A Flagship Casino by the Numbers

Galaxy Macau, one of the company’s main properties and among the most-frequented gambling venues, also managed to perform well, caught in the overall upswing of profit and mild gambling climate. The revenue for the casino alone stood at $1.65 billion in Q1 2018. EBITDA neared $420 million, almost not quite notching it. In contrast, StarWorld Macau, another noteworthy asset, managed to outstrip the rest of the company’s casinos, scoring $573 in revenue. With Macau performing so well, the idea has been cottoning on that China may soon see its mainland casino, too.

A Final Thought About Macau and Galaxy

By one estimate, Galaxy will continue to climb in terms of value. The casino will benefit from the steady inroads it has driven in the mass-market gambling segment. Arguably, Galaxy is doing a ‘far better job’ compared to other operators, both in terms of handling predicaments and positioning itself for a future growth. According to Union Gaming’s Grant Covertsen, the upheavals in China are unlikely to affect Galaxy’s long or short-term profits.