Dota 2, the sword-and-sorcery fantasy game that Valve adopted as their own, has spawn a whole genre – MOBA. The success of the segment has inspired even more successful games, but even in the teeth of solid competition, the once Warcraft modification remains as relevant as it has ever been. Not unexpectedly, the game’s popularity has now soared so high that people have been betting against one another whether their team would win since the early buggy and awfully pixelated versions of the original. Today, betting on eSports is a real thing, and the best Dota 2 betting sites are the ones we want you to bet on. 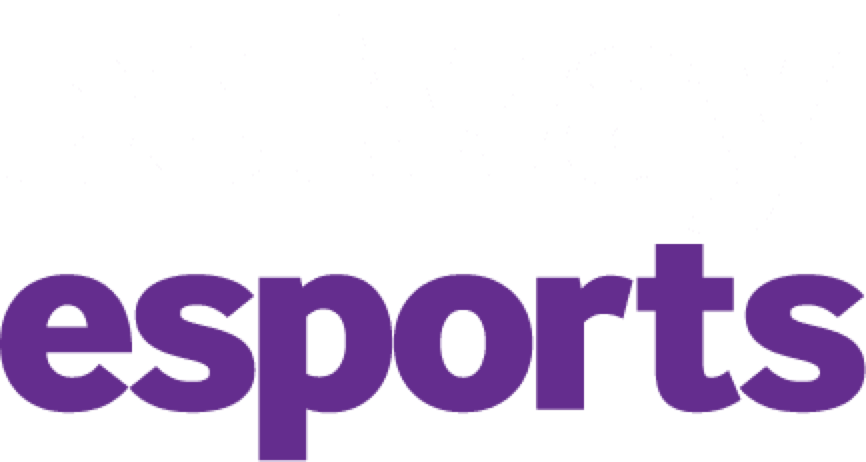 How to Bet on Dota 2

That must be the perennial question of those outside the gamer’s community. How do you take a money wager on a game? Is it worth it? What if your investment ends up seeping away like a runnel, never to be seen again. Apparently, such concerns have never been preying on the mind of a Dota 2 players and fans.

Since GosuGamers, the hallowed portal dedicated to catching you up on the latest tidings from the Ancients, introduced its Tango Bets system, everyone knew – betting on eSports and Dota 2 will become a thing.

But things have moved past that since and today we have much more sophisticated forms of gambling which make the process all too satisfying. Fancy taking a punt Dota 2? Then all you need to do is make sure that your betting agency (colloquially known as bookies) are trustworthy. Vetting these companies for their credentials is, in fact, absolutely simple to achieve especially in the eSports community.

Despite what stereotypes outsiders may have for gamers, you are part of one of the most communicative, if slightly socially inept, societies out there. Bad bookmakers will never sit well with that vibrant neural network of constant information influx. And they do not. That’s why the only one that are afforded the privilege to try and cater to your varied tastes and preferences do count their blessings.

But make no mistake, because your Dota 2 bets will be further guaranteed by Esports Integrity Coalition (ESIC), a watchdog dedicated to uproot pernicious practices as well as to make sure that whatever eSports betting is afoot complies with the best practices.

Once we have concluded our hunt for a bookmaker we can trust, we should focus on setting up our accounts. Accustomed to the relative anonymity of the Internet, most gamers who want to gamble will also have to prepare to impart some private details. Alas, Dota 2 betting, and any gambling activity for that matter, is subject to regulatory checks. In order for a bookmaker to fulfil its responsibilities, you will need to confirm your age and identity.

These are commonplace practices, which are applicable to mainstream sports, too. However, in the case of video games, the percentage of underage gambling is significantly higher and if the bookie you have picked is full of gamers that are not yet of age, or you at least suspect so, it may be a tell-tale sign that something fishy is on.

If you are familiar with the game’s vernacular, then “farming” is not to have you confused. Being on the lookout for Dota 2 bonuses is of course a clever way to get everything up and running. The bonus is a sum that the bookie imparts onto you as a token of goodwill. And let’s face it – playing with someone’s else’s money is always a good thing, albeit it does come with its own set of consequences.

Known as the wagering requirements, these little conditions are quite pesky, but the good news is casinos are increasingly giving up on the idea of having any binding conditions tasking their customers. This may prove particularly clever now that the eSports crowd is beginning to form ranks and flirt with the occasional real wager.

However, the majority of bookies will do away with bonuses, as they are still trying to find their foot in the industry. It will make little odds whether you are new or seasoned punter, as your passion for Dota 2 should suffice to get a fair assessment of when a wager is likely to flop. Fans like to buck the trend and throw in solid cash for their favorite teams more often than not.

Bookies are still trying to try and turn eSports into a lucrative branch, but Dota 2 punters are proving sophisticated and insightful to win on large scales, leaving almost no profit for the operators themselves. This puts you into a unique position to continue and add to your bankroll, even when playing on a budget. Bonuses can be a good thing and the occasional promotion will certainly rear its head.

Ultimately, it will depend on which websites you register. Some will come with no promotions, but they will have the reputation to prove a lucrative venue for your Dota 2 betting efforts. If on the other hand you are firmly after bonuses, we recommend that you make sure they don’t come with other restricting conditions. Bonus or no bonus, there’s much more to a bookmaker appetizing prospect of landing some extra cash.

Understanding the technicalities of all betting, regardless of the genre or title, or god forbid – kind of sport, has its practical sides that you need to understand. Thankfully, though, you will hardly have to pick a manual. Things are, in fact, rather simple and all you have to do is spend a few minutes toying around with the odds. The decimal odds are expressed as simple numbers, i.e. 1.25, 1.60. Let’s have a brief look.

The number of the decimal number is your potential profit. In other words, if you wager $5 (or currency equivalent) on Fnatic in the VGJ Storm vs Fnatic you stand to gain $2.15 for every $1 you have wagered. In other words, you will end up with a profit of $10.75, and you will get the original $5 you staked.

The majority of Dota 2 betting sites will allow you to tweak your odds as you see fit, allowing you to toy around with the format so that you may be completely and fully accommodated. If you are curious what other types of odds there are, you may come across fractional and moneyline odds. In most cases, you can convert those automatically from the website, as there will be a setting allowing you to alter the odds’ format.

An important aspect of familiarizing yourself with the running odds is to shop around for the best ones. You can flick through the available bookies that have been audited and reviewed compare their odds against one another, garnering a slightly better understanding about the potential bets you are about to make.

Not only that, but it could also be argued that by running the odds through multiple bookmakers, you will be quick to spot the value betting situations, if available. In other words, Dota 2 betting sites may get the odds wrong, favouring teams that are not likely to win in the slightest.

When this happens, you can untie pursue and shed hard currency for the underdog, entertaining the idea of the ROI that will follow. In any event, take such discrepancies with a pinch of salt and make sure you have been following the scene with due diligence. After all, if bookies lose out so often, it’s because they count on numbers where eSports fans have this almost supernatural gut feeling that turns out to be right more often than the hallow algorithms.

Picking a Wager from the Many Available

Covering your basis, you will certainly end up asking yourself – what type of wager should I be after. The majority of gamers will advise you to simply follow the match winners as the losses in this segment are minimal. Of course, quite a few of you will also opt for the exotic alternatives. And of those there’s many.

Match winners are the bread-and-butter and tournament winner wager are more of the same, just with higher stakes. As a rule of thumb, futures (wagering on an event way before it has kicked off) are also some of the highest-grossing types of punts you could make out there.

And of course, the barmy choices that you can make will always end up yielding the most. You feel like LGD are going to wipe the floor with NaVi? Seems like an accurate assumption to make in any case. What you do is you place a first blood wager against NaVi. The Dota 2 bets you can pick, though, get even more sophisticated.

You can just as easily pick the number of kills, destroyed buildings, amassed gold and other motley statistics. If you feel like betting on nature vs man-made AI, you can do that as well. Some endemic bookies now run wagers on the matches where AI play some of the top pros and tend to kick them where they need kicking more often than not.

In-Play or Live betting options are also quite popular and seem to be a part of the generation of wired eSports fans. Much of this has brushed off on Dota 2, albeit a fairer assessment would be to say that it began with the game. Dota 2 has been one of the most successful eSports titles so it has, in theory, kickstarted the whole phenomenon. Credit, of course, should go to other titles as well.

If you are wondering whether In-Play is for you, make sure to check out on your recent betting exploits. As far as your bankroll remains fairly intact by grossly-miscalculated wagers, it’s a fair bet to say that you will be able to handle most of the fast-paced action that transpires in live games, too.

Ultimately, it helps a treat to have a passion for the game, familiarizing with the nooks and crannies in their entirety before betting.

Abreast with the Dota 2 Scene

Assuming a frivolous approach towards Dota 2 and the wagers you place may be a rather unwise stratagem. Let’s focus on what you know about the competitive scene. The upcoming International will certainly have you intrigued. In order to make a successful bettor, you will have to remind yourself of some basic truths:

Let’s focus on understanding the teams. The competitive scene has its established powerhouses already, so appraising yourself of their names would not be too difficult to achieve in essence.

The names that you have to keep in mind are, for the most part, set in stone. Take a look at the following teams for the 2018 International. Apart from VGJ Thunder and Mineski, there are no surprises. Even then, VGJ Thunder and Mineski have been streamlining their play day in and day out, so their appearance is not surprising.

Of course, it helps to know that Asia is the bastion of Dota 2 and the open qualifiers there are among the most exciting to behold. Invictus Gaming are now topping the open qualifiers for the region, but they are not alone. Of course, a perfunctory analysis doesn’t suffice. Intimacy with the top powerhouses is always helpful. You can tap into social channels for additional useful insight which will help you turn a tidy profit on the best Dota 2 betting sites.