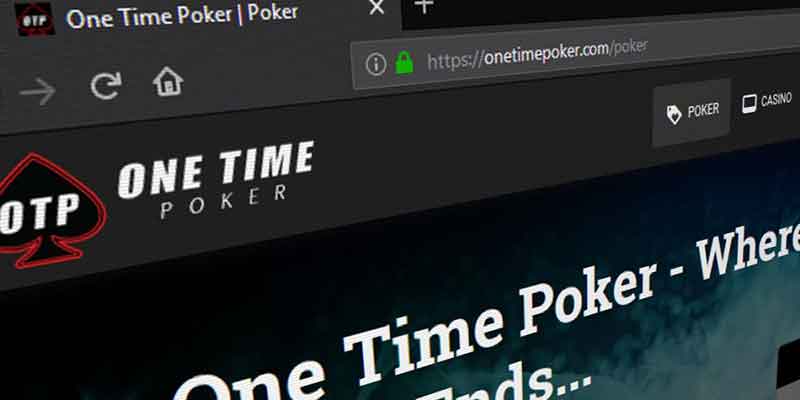 The long-awaited One Time Poker (OTP) offering has finally gone live on the Microgaming Poker Network (MPN) and players. As expected, the launch of the high-profile online poker platform came with a number of other great things that players can look forward to. Perhaps the most interesting part of the launch was the announcement of a new novel campaign that is going to show the prowess of One Time Poker’s experienced management team. With this novel campaign, the platform’s customers will be given the opportunity to become a Pro Ambassador for the site through the amazing “Become A Pro” promotion.

To put everything into perspective, the Become A Pro is basically a contest where the One Time Poker players will be evaluated by an independent panel after which three lucky players will be awarded professional ambassadorship contracts. These will be the exact same kind as the ones that the current One Time Poker pro team has in place. The Become A Pro contest will kick off on March 7and will through to the end of April. To register for what is arguably the most exciting poker contest is a very long time, players can head over to this link.

One Time Poker was founded by Randall Kasper, Jeff Maxon, and Casey Jarzabek, three veterans of the gambling industry, and is managed by a robust team of industry experts including Anthony Taylor, the former chief executive officer of the Merge Gaming Network. In addition to that, the platform also boasts of a highly accomplished and reputable Pro Ambassador team comprised of Danny Noseworthy, a Canadian online poker pro among other well-respected industry pros.

Randal Kasper, for instance, founded Poker Players International which has been lauded for having represented up to hundreds of professional and live poker pros from all the corners of the globe. The star poker pro has also successfully represented corporate clients who were seeking to attract liquidity from the online poker community – two of the most notable names in this regard are DraftKings and BestBet. Maxon, on the other hand, is a veteran businessman with decades of relevant experience while Jarzabek is an accomplished online poker pro with more than $5 million in earnings.

With such a great team, the company has been able to successfully run a number of different projects both as an online poker operator and as a business. The company further boasts of having two great casino offerings – one is built into their online poker client and the other one is hosted externally and features a good number of slots, table, and live dealer games.