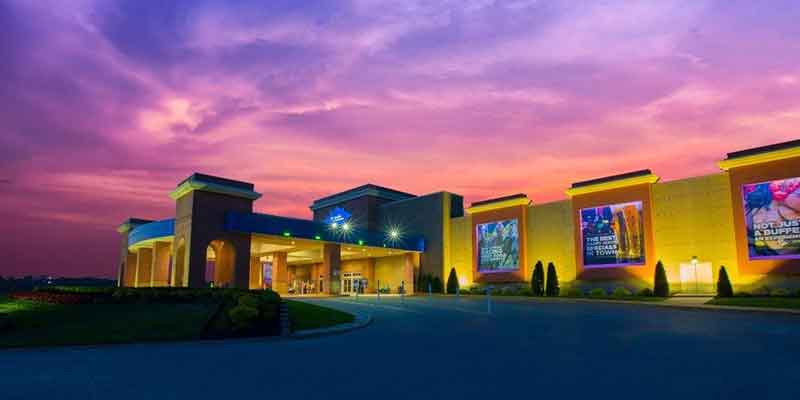 Over four months after the Pennsylvania Gaming Control Board (PGCB) approved its sports betting license, Presque Isle Downs & Casino in Erie has finally kicked off construction work and will be launching very soon. According to GoErie, a local news outlet, construction workers have been assembling at the site where the sportsbook will be situated – the facility is set to occupy 1,275 square feet of space in a space that was previously occupied by slot machines which have since been relocated to another part of the casino.

Recent reports surrounding the project have revealed that Bauer Specialties, the construction company that was selected for the project, its workers are expected to finish work by Wednesday. In fact, the venue has recently placed wall wraps displaying the BetAmerica brand logo and reading “Coming soon” and this shows just how close the state is to the launch of the live sports betting offering. Unfortunately, the property’s officials are yet to provide any specific timeframe for the upcoming launch of the sports betting facility.

Last Wednesday, the state’s gaming control board issued KT Group Limited with a conditional interactive sports wagering manufacturer license. KT Group is the company that made the self-service kiosks that bettors will use at Presque Isle Downs & Casino. Only half of these self-betting kiosks (25) will be located inside the facility itself.

“KT Group was approved Wednesday so they are good to go in Pennsylvania. Obviously, who they are working with is Presque Isle casino. They’re doing all the cabinet boxes that people would walk up to and do all of their bets for sports wagering on. They were a very important component for what (Presque Isle) is going to be moving forward with,” the Gaming Control Board’s spokesman Richard McGarvey commented.

All in all, the sports betting facility is slowly beginning to slowly take shape near the poker room and simulcast area of the entertainment complex. As for the launch dates, even though the casino operator is yet to officially announce a timeline, the gaming control board which will sign off on the launch is ready to approve its operation once it is proved that everything is working right. One of the most notable aspects of the steps that the facility has to go through before it launches is a two-day testing period that will be supervised by the gaming regulator.

When it launches, its customers will be able to bet on a number of professional sports including basketball, football, baseball, hockey, the Olympics as well as some collegiate sports. In addition to that, the area where the sportsbook will be will completely be smoke-free. However, there are plans to distribute the betting kiosks to places at the casino’s Center Bar and Bar 90 where smoking is allowed.

It is also worth noting that Presque Isle is currently owned by Churchill Downs Inc. which acquired it in January for close to $180 million. As such, it is Churchill Downs that will have a final say on the release of an official schedule for the launch of the gaming facility.