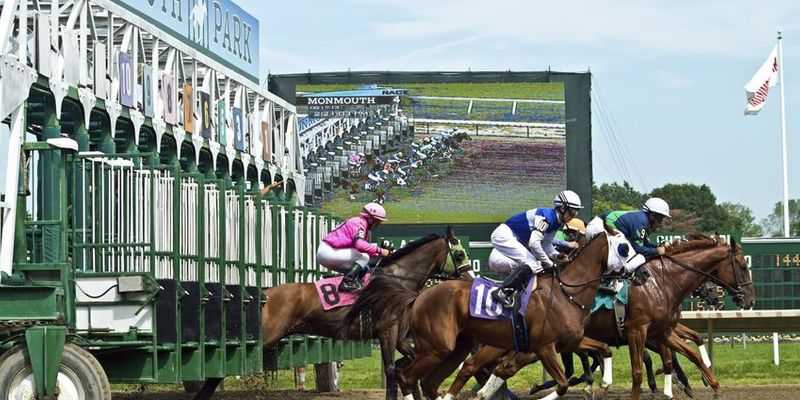 Not everything has been pleasantries in the contentious betting landscape of New Jersey. The famed Monmouth Park Racetrack has often been making headlines with the overall money it has been able to rake in or the racetrack’s ability to adapt to abrupt changes in legislation and react to a few oversights on the part of lawmakers.

However, this time the Monmouth Park Racetrack has a solid lawsuit to deal with. And it’s not as if the track is coming under fire. It’s the one to open with the salvos, targeting a number of leagues, including the NBA, NHL along with other regulatory bodies.
The lawsuit is not exactly news though, as it was filed back in May in the US District Court of New Jersey, spearheaded by the NJTHA – an association of thoroughbred horses. Monmouth is out seeking justice for itself and its operations.
According to track the actions of the overseeing body for collegiate sports in the U.S. has led to substantial losses for the racetrack. Fleshing out the facts has revealed that the NCAA has allegedly cost Monmouth estimated $140 million in the period between 2014 and 2018.
Monmouth claims that the leagues were collaborating on a series of measures to put the race track out of business, which in turn led to significant financial losses along with what the complaint described as emotional damage.
The leagues have responded, saying that such allegations lack all substance and are borderline frivolous. Still, the NJTHA is unabating in its determination to seek justice for what it believes was a wrongdoing on the part of the NCAA.

Presenting its argument, the NJTHA has said that the opposition that leagues demonstrate back in May, when the PASPA was narrowly passed in SCOTUS has been indication enough that the said leagues have been conspiring to put Monmouth out of business, adamantly opposing any and all sports betting activities in the state.
The NJTHA doesn’t lack proof to back its claims either.
Whilst preparing to launch a joint-operation with British bookmaker William Hill as early as 2014, the leagues pushed for a restraining order, which put a damp on the hopes for a new off-track betting facility. The leagues were even willing to stake $3.4 million as a guarantee for the order to remain in place.
Now that PASPA has been repealed though, Monmouth is out for metaphorical blood.
What the track wants is to make sure that it gets back all the potential money back it could have won should the NCAA hadn’t gone to such extensive lengths to disrupt the opening betting facilities.
Then again, all of this may be taken with a grain of salt. How is Monmouth going to truly prove that NCAA was acting out of a worry that the expansion of sports betting would have been morally ambiguous? The NCAA could just as easily argue that it was tasked with upholding values that are important when promoting collegiate sports.
It’s an argument that has all the chances of holding up in a court of law.