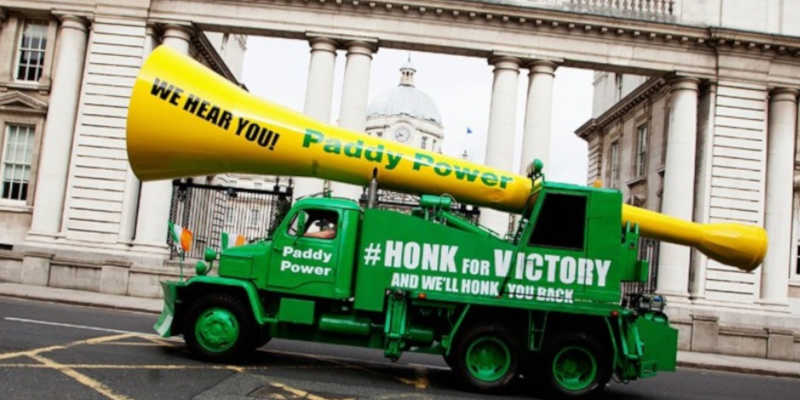 The UK Gambling Commission (UKGC) just slapped Paddy Power Betfair with £2.2 million penalty over the agency’s failure to identify stolen money that have been gambled on its platform. Not only that, but customers were also imperilled in the latest lapse that Betfair has made.
The UKGC has accused the operator of failing to adhere to mandatory checks that are there to ensure that consumers are protected. Particularly, the UKGC has been ruffled over the fact that problem gamblers were continuously exposed to risks as the company had been seeking to bolster its financial results as opposed to maintain a high level of integrity.
In the official statement, the watchdog also clarified that ” significant amounts of stolen money” were also gambled and laundered on the platform, through the exchange arm of the company.
As a result, Paddy Power Betfair will now have to pay £1.7 million to the UK’s leading problem gambling support group GambleAware. Additional £500,000 will be redistributed between gamers who were affected by the operator’s intentional oversight.

Duty Calls – Or Does It?

The UKGC investigation cost the watchdog additional £50,000 which the operator has been ordered to pay as well. However, slapping a financial penalty may not be sufficient when it comes to the established regulations. Most companies manage to rake in sums that are greater than the requested payback which emboldens them to color around the lines.
With a measly 0.5{44b09f69e02b4a9880bf6e3f987d2afd285263f93639dabf176d3ae6ad2c79c6} growth in the United States and shrinking opportunities at home and across Europe, however, Paddy Power Betfair has pushed the agency to be rather laxer with its internal checks. In many regards, though, the company acknowledged their mistake. Italy has also been one of the no-go markets according to recent reports.

’We have a responsibility to intervene when our customers show signs of problem gambling. In these five cases our interventions were not effective and we are very sorry that this occurred’, stated Paddy Power Betfair Chief Executive Peter Jackson.

The company also recognized that there have been many oversights in its way of dealing with customers. However, according to Mr. Jackson, these issues have been addressed and significant progress has done since 2016.
Paddy Power Betfair are definitely not alone, though, as the fines against major gambling operators have been piling on. Earlier at the beginning of the summer, 32Red was slapped with a similar fine and just last week, it was The Rank Group that was ordered to pay £500,000 over failure to protect a problem gambler who had been showing signs for an extended period of time.
However, as we have said, The Ranked Group’s penalty wasn’t quite as impressive, as the group has managed to rake in twice the said amount, which still puts it ahead in purely monetary terms.

Regulator in Russia to Cut Off Unlicensed Gambling Sites