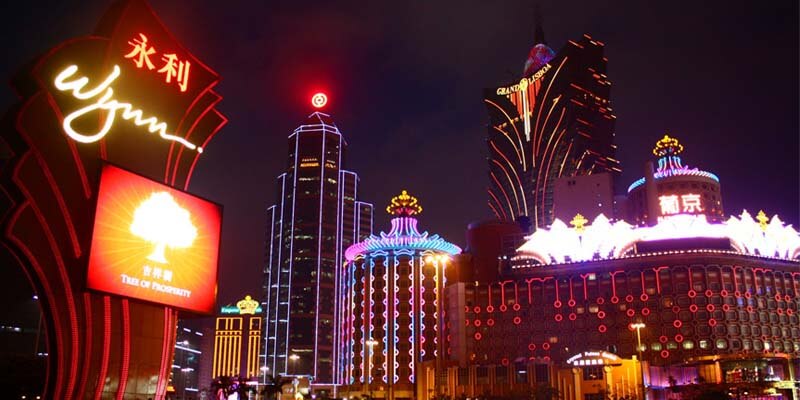 Amid fears that geopolitical tensions between the United States and China may have an adverse effect on the local casino industry, Macau is continuing according to plan. Set to outpace Qatar as the richest destination by 2022, this region defies all negative forecasts and beats on as the world’s gambling Mecca.

August has been a good month for the gambling region. According to the Macau’s Statistics and Census Service, 3.4 million people visited the place, notching up a decent 18.7{44b09f69e02b4a9880bf6e3f987d2afd285263f93639dabf176d3ae6ad2c79c6} year-on-year increase. The results were a significant improvement on the July’s results, when Macau registered a mere 4{44b09f69e02b4a9880bf6e3f987d2afd285263f93639dabf176d3ae6ad2c79c6} year-on-year jump in the number of monthly visitors.
China may have been the originator of many ills for the gambling sector in Asia, but the country’s nationals again turned out to be the highest percentage of all people flocking to Macau in August. With 2.53 million visits, the number of Chinese tourists went up 25.3{44b09f69e02b4a9880bf6e3f987d2afd285263f93639dabf176d3ae6ad2c79c6}, an impressive count by all estimates. There have been a number of propitious opportunities for Chinese visitors to be in Macau, including the touted Individual Visit Scheme, which enables people to travel on their own rather than have to stick with groups organized by tour companies.
However, Macau has had a truly international pull, beckoning and tempting people from all over the world, including South Korea and Indonesia, but also far-fetched Brazil and Switzerland.

The Implications for Gambling

As we have wrote before, though, the influx of new customers doesn’t necessarily mean that the gambling segment is developing faster than expected. Most of the visitors would much rather spend on activities such as shopping and sightseeing, albeit a fair number are said to at least try gambling.
Macau has been performing quite well in terms of gambling revenue and overall economic development. Despite the Typhoon Mangkhut which hit a last week, the region is still on track to outdo its previous results. Gambling is an inherent part of this overall improvement, but for the results to truly amount to something, Macau will have to prepare itself for choppy seas.
A lot has been happening in the Asian gambling sector. With Asia seeing a piling list of restrictions elsewhere, Macau has been an islet that has remained relatively unaffected by global crisis and apparently – the elements of nature. Still, a sudden change in the tact of the Chinese ruling party may send the results plummeting. It’s this general uncertainty that may scare investors further down the road.

Macau is on its way of outpacing Qatar as the richest destination in the world by 2020/2022 and much of this is owing to the gambling industry. Nevertheless, the region has managed to diversify its assets exceptionally well so as to allow it to register strong economic development come what may.
Some of the region’s casinos have also been reporting great results, including the Galaxy Casino most recently. While no yearly forecast is available yet, gambling revenue will certainly outpace its 2017 results. If things keep this way, 2019 is going to be a much, much better year altogether.

FanDuel Agrees to Pay over $210,000 in Disputed Wagers