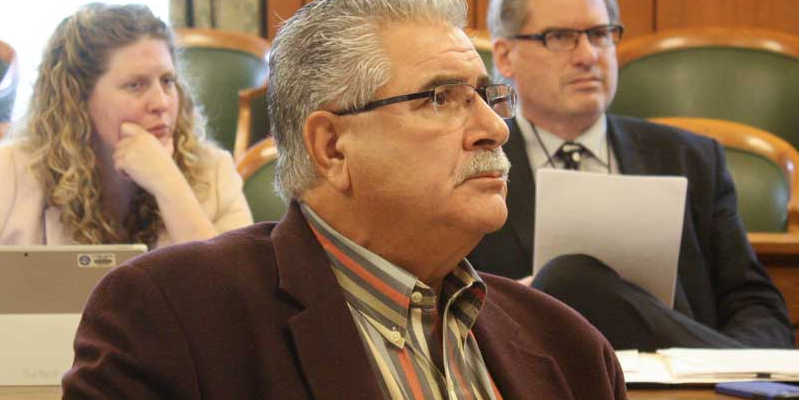 What could happen if a former official has been charged with illegal gambling? Former Niles Mayor Ralph Infante has pleaded not guilty to charges including illegal gambling, racketeering, and theft in office. For the past 24 years, he was the mayor for the Northeastern Ohio city only losing in 2015 during the Democratic primary.
The scheduled trial will start on Monday in Trumbull County. According to reports, the 63-year-old former Mayor received around $200,000 in unreported cash and gifts and ran an illegal gambling house. It has also been reported that he had gambling winnings during years when he was in office.

Could Face 90 Years of Prison Sentence

Just how serious are the allegations against Infante? According to reports, he is facing 16 counts of tampering with records, 8 of bribery, 1 of engaging in corrupt activity, 1 of having an unlawful interest in a public contract, 1 of possessing criminal tools, 1 of falsification, and 7 of soliciting improper compensation. That is a total of 37 criminal charges that could amount to 90 years in prison if he has been proven guilty on all counts.
There will be scheduled selection of jurors by Monday. Visiting Judge Patricia Cosgrove will individually interview the 25 potential jurors especially when it comes to their familiarity with the case. They would be interviewed one by one in the private area away from the court.
The point of the interview is to ensure that those who already received news coverage of the case will be able to decide mainly based on the evidence presented in court. This way, media influence will be removed from the case. And because of this criterion, several of the 25 potential jurors have already been dismissed. The good news though is that there are still 70 potential jurors lined up to participate in the selection process.

Serious Allegations Against the Former Mayor

Since prosecutors claim that Infante received $200,000-worth of unreported cash and gifts, it could mean serious jail time for the former mayor. According to the August 2017 indictment, it specifies that the years he received money were from 2007 to 2014. In 2012, he received the largest amount at $41,099.70. There are also some alleged crimes that can be traced way back to 1992 during the start of his term as Mayor.
It was Ohio’s Auditor’s Office that has led the investigation against Infante. The office placed Niles in fiscal emergency  2014 mainly because of deficit spending. The investigators also went to Infante’s office in 2014 while he was still mayor and dug through the records as part of their audit of city books. The investigators later found different other records that showed evidence regarding Infante’s actions during his term as Mayor.
As for his total unreported gambling profit for the last 23 years, it was said that the former Mayor was able to rack up to $59,620. He was known for gambling during the Super Bowl as well. There was evidence such as records in Infante’s handwriting that shows him gambling.
Could the former Mayor face jail time? Considering the fact that this is a high profile case, could there be difficulties selecting the jurors in court?